Saturday morning yet again and we set out for some more adventures around Tokyo!

This time starting at Ueno with our first stop Ameya Yokocho right next to the station.

It was freezing as usual and we took a coffee break on the pedestrian bridge overlooking the station. We had a nice view of the bustle of the road and some people were having a morning nap in the sun to the one side of the station. It was really quite surprising the number of homeless people hanging around that area. These ones look like the stereo-typical bum you would expect to see in the movies. Wrinkly and weather beaten. Most of them are very old bearded men for whom the life has taken a wrong turn somewhere. 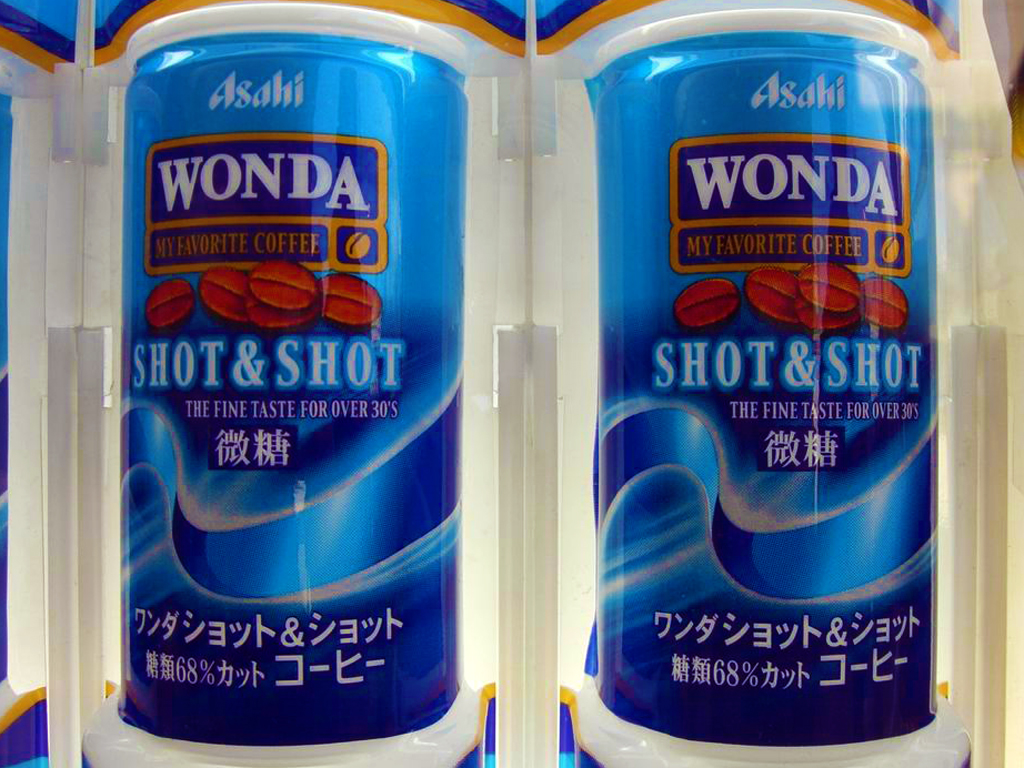 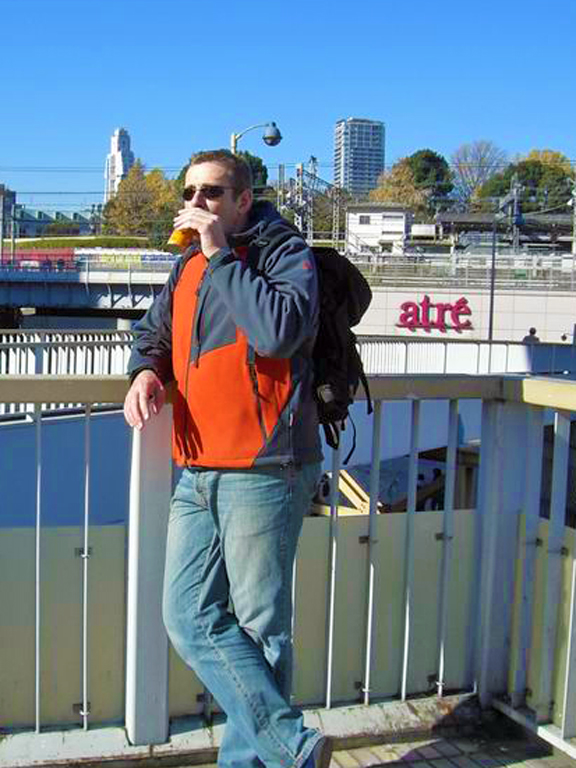 We were told that the Ameya Yokocho arcade is the closest thing that Tokyo has to a permanent flea market and it should be a definite stopping place for some bargain shopping.

There are literally hundreds of little shops underneath the suspended railway tracks. On the one side mostly clothing and accessories and on the other side all kinds of fresh goods. The place is supposedly reminiscent of the markets of days gone by and retains some of the shitamachi spirit of old Tokyo.

There sure were a lot of locals frequenting especially the fresh fish and meat stalls. Mostly housewives and old ladies stocking up on seaweed and fresh octopus I guess. It’s a crazy place with vendors screaming out their prices; people jostling for the best spot for bargaining. I’m pretty sure there are some seriously good buys at the food market but the more “flea market”-like side is a tourist trap for sure. It’s always difficult to ascertain whether something is well priced in Tokyo. Prices differ vastly around the various areas and in the outskirts and smaller towns the same goods can easily be found for half sometimes the price. 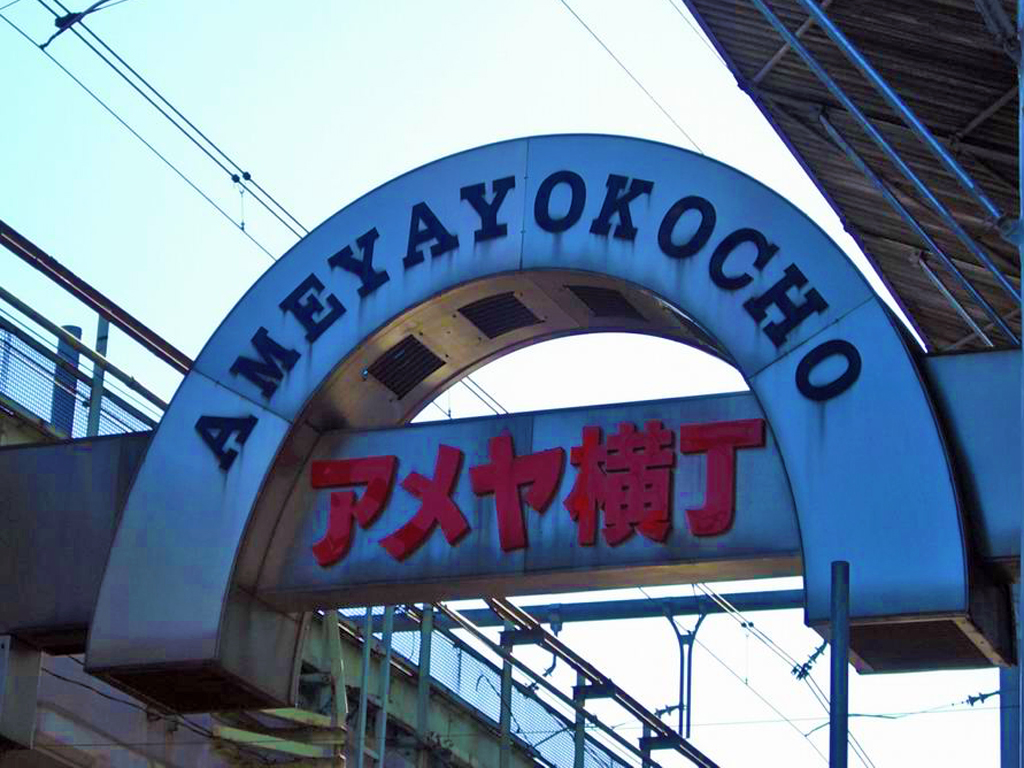 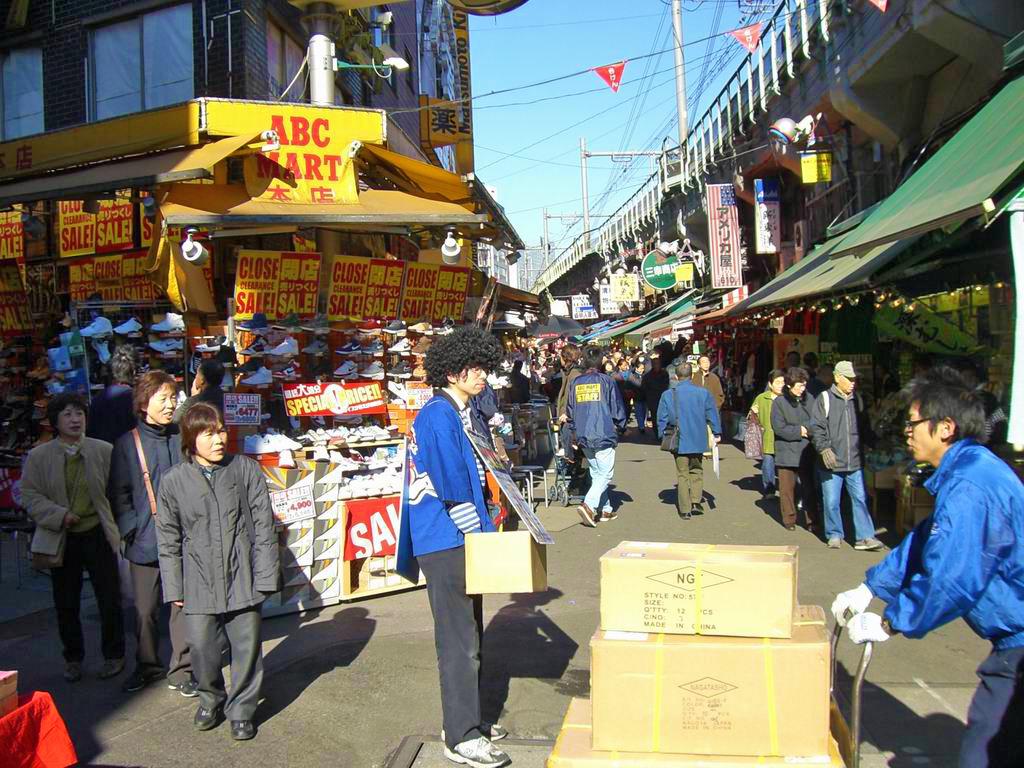 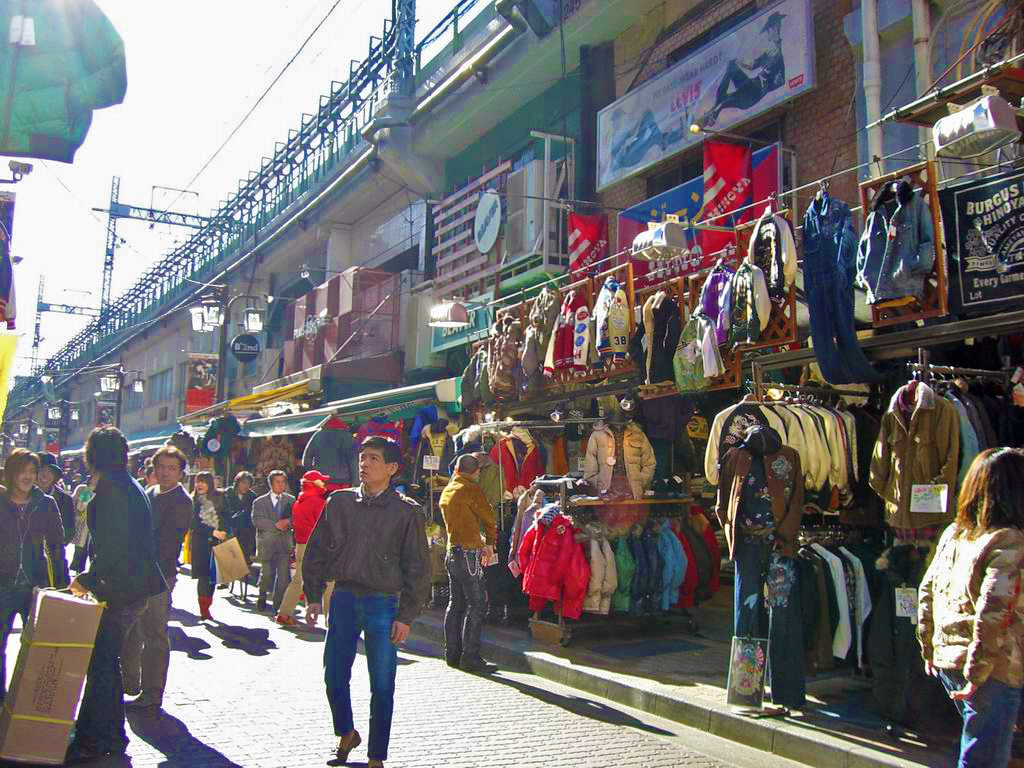 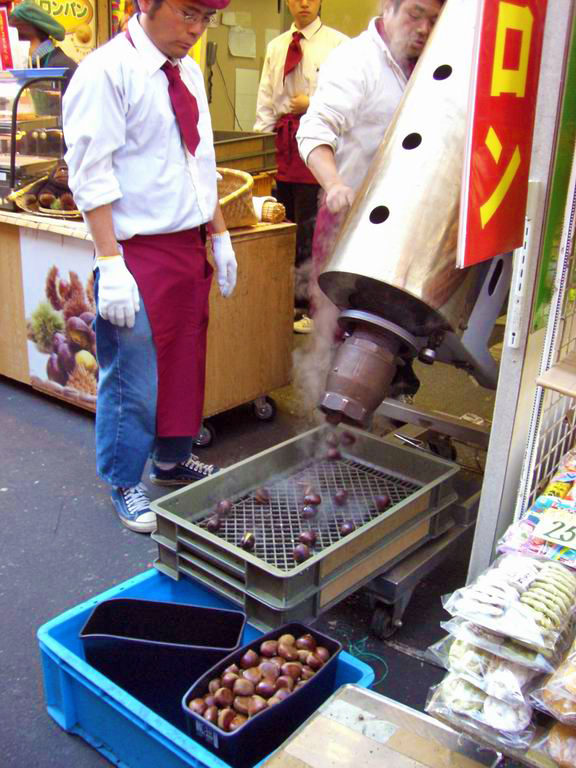 Thus, our desire for flea market bargains well and truly destroyed, we moved on to Ueno Park about 5 minutes walk away. Ueno Park is absolutely massive and a popular attraction for families on day outings. I suspect it wasn’t the best time of the year to visit as most of the autumn leaves have already fallen off the trees and everything looked decidedly bleak. What was rather creepy, were enormous black crows sitting everywhere. They swoop down to take a closer look at anything that moves.

Can’t remember where I have read or heard it, but the Governor of Tokyo has apparently declared a personal war on the crows after he was attacked during springtime. He jokingly remarked that he wants to make crow-pie Tokyo’s newest favourite dish. On a more serious note, it’s been reported that there have literally been hundreds of attacks on people in most of the parks in Tokyo. And let me tell you, they are menacing, evil-looking, large, black, winged bullies with a chilling caw and a look-you-in-the-face, beady-eyed arrogance. Mothers gather up their children when the flocks rumble back to their roosts overhead. Their caw feeds superstitions: "Three crow cries, and someone has died," goes one. "See a crow, take three steps back," goes another. The whole place is a bit eerie during winter and in a way reminds of the spooky scenes from Gorky Park or the Blair Witch Project. 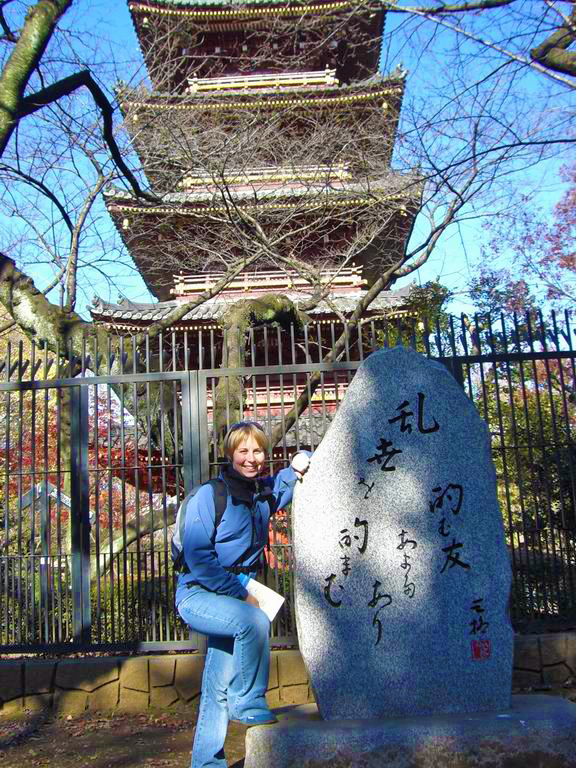 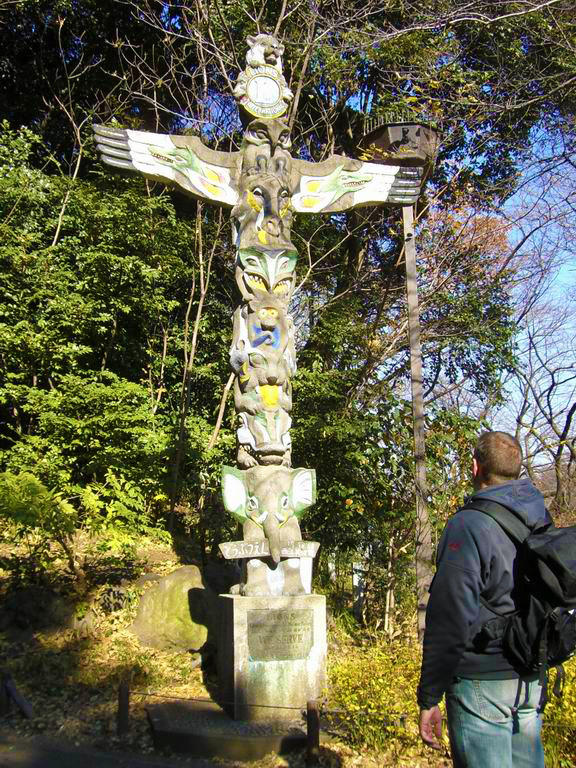 Nevertheless, it seemed to be a popular place with all types of attractions and activities. There’s a rather large zoo, some amusement parks, exhibition areas, shrines, temples and a whole bunch of museums. We strolled around a bit checking some of the more prominent sights; watched a Japanese street performer keeping a crowd entertained and headed off to The National Tokyo Museum. 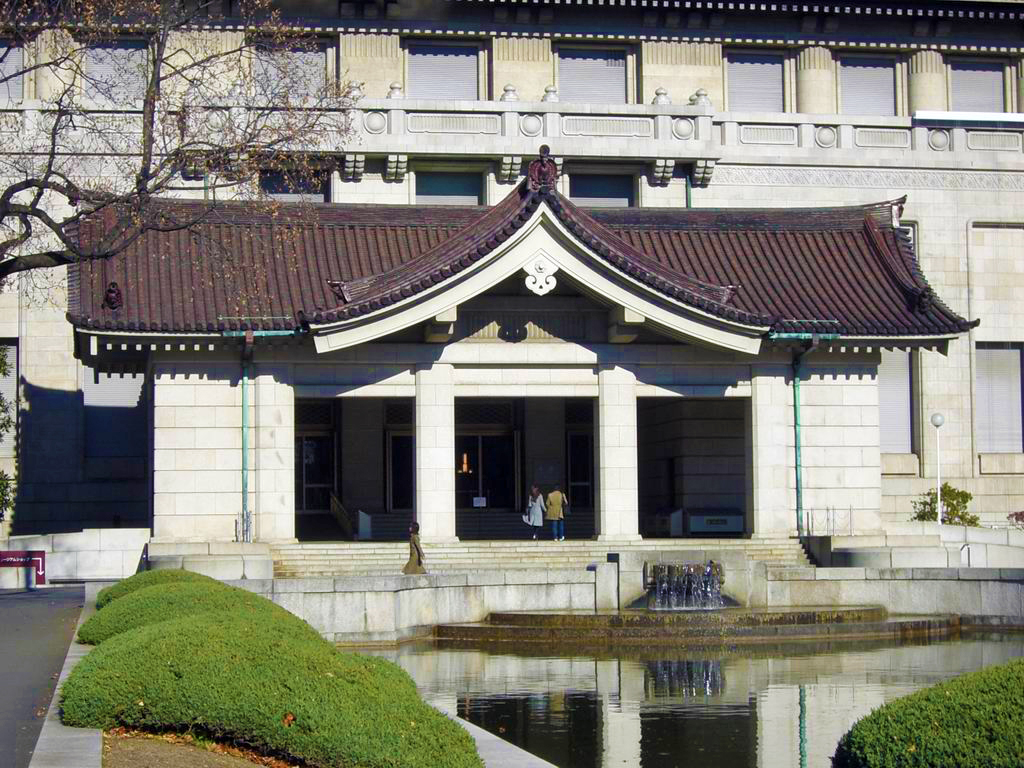 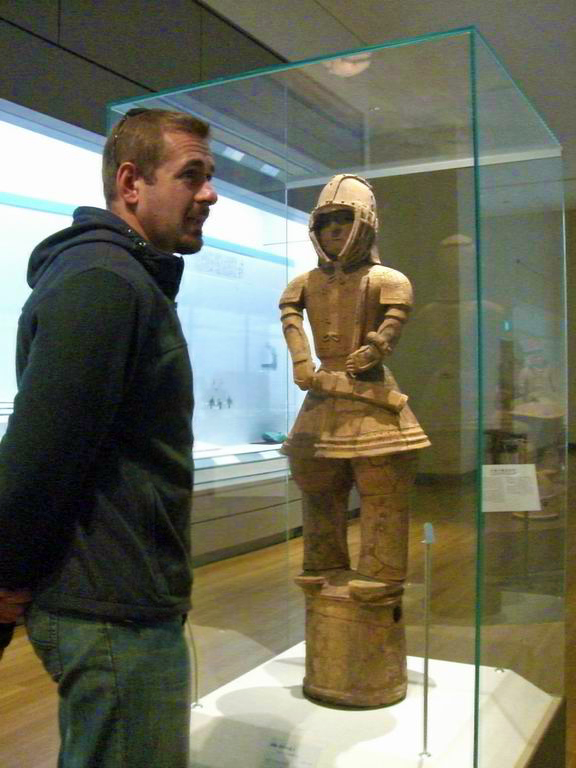 Lisa and I are both somewhat self-professed museum-phobes and normally we don’t enjoy them all that much. We mostly give the more prominent ones (on History) a shot but definitely prefer museums on Technology or even Natural Science.

It was recommended to us that if we visit only one museum in Japan, The National Tokyo Museum should be the one. As you can see in the photos I put on my best “museum face” and we stared at all kinds of lacquerware, china, kimono’s, swords, armour, antiques and other stuff. (By the way, should it still be called china if it’s from Japan?). Maybe we took a wrong turn somewhere and missed the good stuff because it wasn’t much fun. So we left.

We hopped onto the Tokyo Metro and travelled to the close-by Asakusa. This is the best place to experience Tokyo’s old down-town atmosphere with its popular Sensoji Temple and Nakamise shopping lanes. The temple dates back to 628 and is not only a popular destination for Buddhist worshipers but also features on the attraction list of all Tokyo guides. Being a Saturday there was an immense amount of people and we shuddered at the thought of what it must be like over the New Year festivals. A real carnival atmosphere is added with the hundreds of souvenir shops and eateries lining the pathway to the temple. 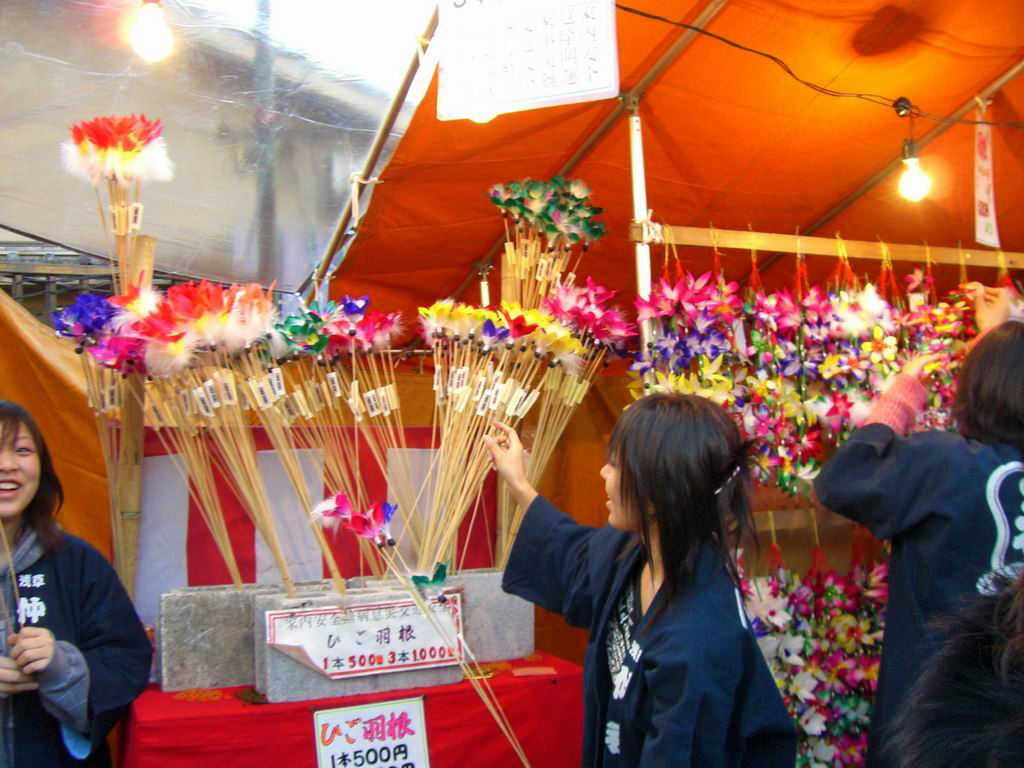 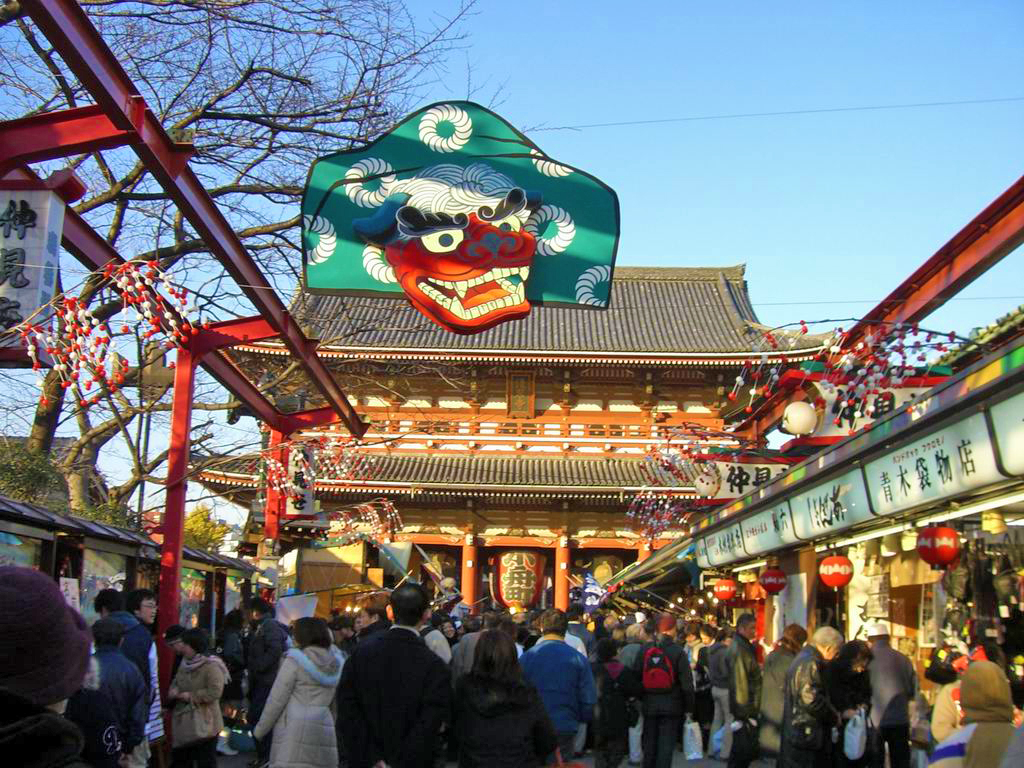 We were running a bit low on cash and ventured in the direction of the well known Kappabashi-dogugai Dori, hoping to spot a bank en-route. Kappabashi is Tokyo’s wholesale kitchenware district for restaurant items. Shop after shop sells pottery, lacquerware, rice cookers, tableware, chairs and whatever you may need for a kitchen or to run a restaurant. You can even buy the models of plastic food there that’s displayed at almost all restaurants.

I was totally intrigued by the knife shops and we visited one or two if the bigger ones we passed. I’ve been keeping an eye out for the best deal on a ceramic knife over the past couple of weeks and there were plenty to choose from. Ironically none of these shops could beat the prices of our local (down the street) kitchen & houseware shop (Sekichu) – where we also bought our bicycles. 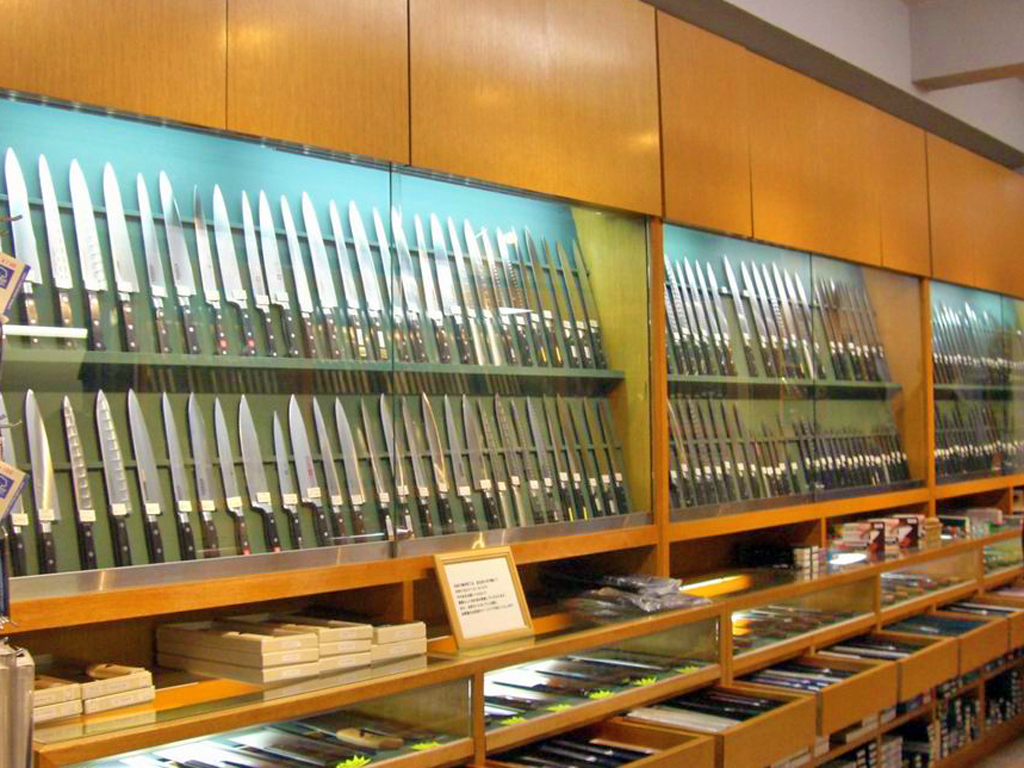 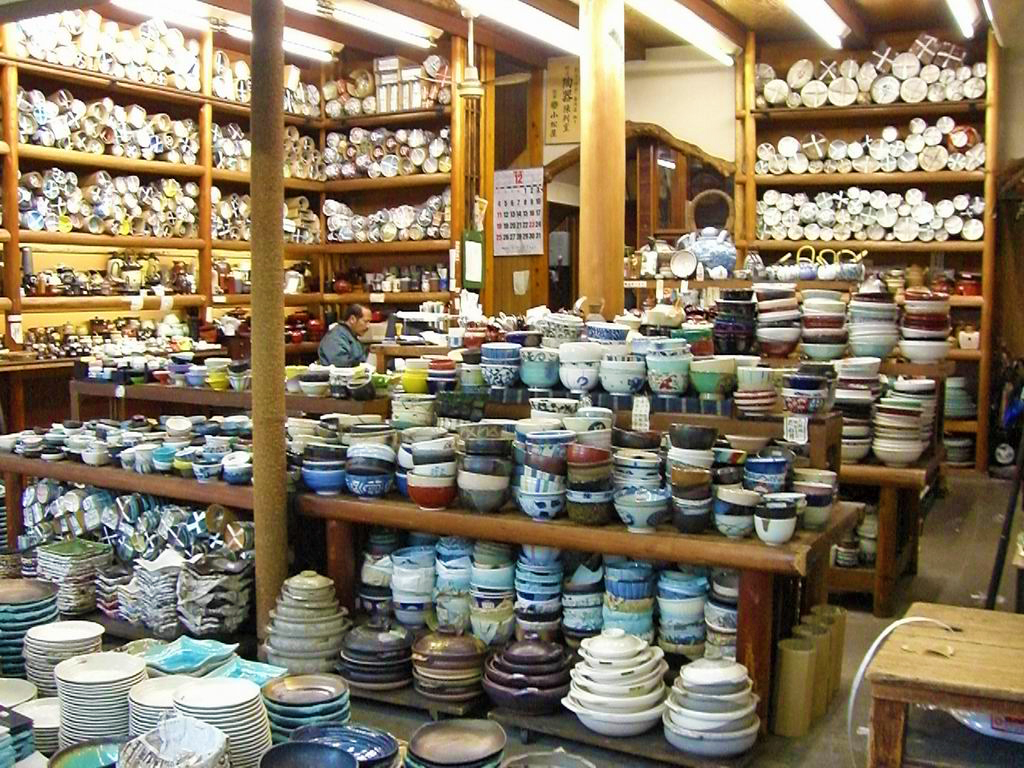 We had no luck finding an open bank and also discovered the joys of ATM’s that close for service at a certain time. Now, what’s the point of ATM’s and vending machines if they shut down after hours? But we weren’t in dire straits yet and decided we should be able to survive until Monday.

As if we hadn’t done enough for one day, we decided to go to Roppongi for dinner and to check out the highly acclaimed Roppongi Hills development. Roppongi Hills is a city within the city, a redeveloped neighbourhood in the district of Roppongi, consisting of residential, recreational and office space, a museum, cinema complex, hotel and various shops, restaurants and cafes. Apparently it really is the cool place to go for shopping, entertainment and hanging out.

Our first experience of the Roppongi metro station was that it was DEEP! We went up 3 sets of long escalators and also climbed 2 flights of stairs to reach the ground level! I’m not sure exactly how this happened, but I managed to capture Lisa standing all alone on one of the amazingly long escalators.

Afterwards, I did a bit of digging and found that the Oedo subway line (on which we arrived) was a late addition to Tokyo and runs almost 50 meters underground in some areas! It is the most expensive subway line ever built and crosses underneath the Sumidagawa River three times. It is projected that the line will only pay for itself in 40 years from now.

Roppongi Hills was rather unspectacular as far as we were concerned. It may have something to do with the fact that it was freezing outside and inside the (numerous) buildings there were loads of people milling around. The shopping “mall” part is rather peculiar and the layouts make no sense whatsoever. That being said, we have noticed that the average Japanese “mall” differs vastly from what we are familiar with. Brand name shops and exclusive boutiques make up the majority of the shops.

We did manage to find a nice enough place to have a bite, took a picture next to yet another enormous Christmas tree and from there made our way home. It was a long and interesting day!

Back to JAPAN Travel Guide

See All Posts On JAPAN